I feel there is a hole in our governance proces, that hinders the DAO members to contribute in a meaningfull way to governance. The way we do things now:

While the format should be:

Also, when formatting options… Something that allways has to be considered are the resources needed to implement a certain vote. So if there is a problem, where solution 1 is the best, but solution 3 is good as well, for 10% of the cost. Solution 3 should at least be considered. As far as i know, Cost hasn’t been adressed in any of the previous proposals.

I think this problem is most clear in the most recent discussion: ( Convert all non-bnUSD Network Fees to BALN )

Alot of the reactions are becoming about liking or not liking the current fee structure, while the main point of discussion is that we cannot maintain the current structure next to our current roadmap.

I feel those steps aren’t skipped right now, but happen behind closed doors. For example:

While it is probably the most efficient way for a small team to identify, and find a way to fix any given problem… It makes it very hard for community members to give meaningful input in a later stage.

Proper (democratic) governance is hard, i believe as of now, there’s noone who’s figured it out. But we have to be very carefull with it. While making everything (including brainstorms & thought processes) public might be ineffective and cumbersome. Not doing it enough makes shared governance a farce.

@arch : i know you feel quite strong on this subject as well. Feel free to weigh in

I think you’ve covered most of your points quite well.

I think we should focus in on goal orientated discussions/proposals. I also fully agree that cost is almost more important than goals/solutions. Noone needs a solution we can’t or shouldn’t afford.

New Tag?
With regards to discussing problem though, I would worry there will be too many 'fix ’ type things without any other input. I don’t think there is an issue with bringing up issues for people to discuss, but perhaps we need a new tag/section for these, more in line with a normal forum where its pure discussion, without there being an expected outcome like a proposal.

Rules of Engagement
I think we might need a rules of engagement of sorts as well, to scope discussions. Something I feel I see a lot of is proposing/approval/disapproval of things ‘for the good of users’. This might not be the most popular opinion but at some level users are at odds with the platform.
As they should be, at the lowest level for a DEX, users want the best trade at the lowest cost, and the DEX wants the highest net revenue.
The LP provider wants the highest APR with the least IL, the platform wants the least inflation of its token as possible and/or to use its resources for other things like marketing/growth/whatever for the most TVL.
The collateral depositor wants the lowest cost minting/loan with zero rebalancing, the platform wants its stablecoin to actually be stable, and a high volume of minting.

There is a lot of overlap in desires and opportunities to all win, and that is of course the best outcome, because that is what it is, a partnership between the user and the platform. The platform does not serve the users, it serves the DAO, which is voted and controlled by BALN.

The third group drives demand, and we need group 2 as much as required to serve the demand generated by the third group. An analogue to the second group is something like a materials supplier, they want a good price(high) for their goods, platform wants a good price(low), and also does not want to order an infinite amount of their supplies.

Goals
The point of all that is goals should be made in the context of
a. Increasing demand from group 3
b. obtaining as much services from group 2 at the lowest cost
c. Increasing the ‘value of’/‘earnings of’ the holdings of group 1

Another possible improvement to the process regarding goals, is having some sort of measurable outcomes. This won’t work for all proposals, but some some it should be feasible for ‘success’ to be measured. This I think would help a lot, especially if combined with some post mortems to make future proposals better.

badger dao has an admirable process which was largely modeled after aragon : 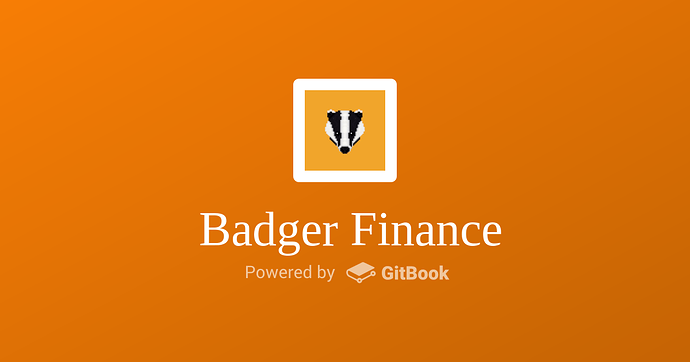 oh my god… You sent me down the rabbit hole again. From badger to aragorn, to reading their blog. There goes another day

Low participation rates in DAOs have been blamed on high gas fees on the Ethereum network but the reality is that most communities do not want to spend hours every day voting on proposals: it is inefficient and unnecessary. Voting was key to the first phase of DAO development, but it’s becoming clear that to be scalable, DAOs must be Optimistic.

In the early stages, we expect that DAOs will experiment with different forms of governance Agreements: some will attempt to mandate every potential scenario, others will rely on varieties of common-sense ‘golden rules’ and others will simply bind every transaction to an indicative vote. At this early stage in the development of DAOs, there is no best practice - we are all learning - but this new architecture enables rapid experimentation so best practices should quickly emerge and be a rising tide that lifts all boats. To this end, we encourage everyone to share their experiments and findings as broadly as possible.

this shit is interesting as fuck.

i dont feel the above point has been adressed though. That for governance participation to be succesfull, all actors need some kind of common truth, and enough information to debate items in a meaningfull way

This is why you make the process engaging, rewarding, interactive, and fun. And yes, that is difficult. It’s an issue I am currently working to help solve with many DAOs

That sounds amazing… Please remember to share any learning here

At this early stage in the development of DAOs, there is no best practice - we are all learning

Couldn’t agree more with this statement. That’s why it’s important to be open-minded and flexible